The people behind the UBUNTU Contribution System are not politicians or corporations with profit or control in mind. We are a growing group of HUMANS from all walks of life who consist of mothers, fathers, scientists, teachers, doctors, inventors, housewives, and many other ordinary people who care about other humans. We have taken these steps to share our knowledge with everyone in the belief that it will help us move towards unity and abundace for all.

"None are more enslaved than those who believe they are free." Goethe.

A MESSAGE FROM THE FOUNDER:

My name is Michael Tellinger. I am the founder of the newly formed UBUNTU Party in South Africa. I would like to share with you the joy and beauty of UBUNTU Contributionism, where people do not live divided in fear of each other, but rather live united and thrive in abundance on all levels of our society.

All my life I have been appalled by the human suffering and misery that prevails on our beautiful planet. Suffering that seems to continue as if there were no solution to the plight of humanity. 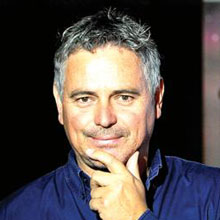 I remember as a young child, being deeply affected by the suffering around me, wondering why there are poor people and rich people. Why some people are homeless and hungry while others live in luxury. That feeling has never left me personally and I know that there are millions who feel the same way.

In 2005, I had what could be described as an ‘awakening experience’. Like millions of people around the world I began to realise that there had to be something more to this life than the strife and misery that most people experience on a daily basis.

I began to look around for the reasons of the human misery and suffering, trying to find a simple solution to it all.

It became clear that humanity has become a deeply divided species – divided on every possible level we can imagine. Divided by country; by flag and religion; education; where we live; what job we have; what car we drive; what clothes we wear... the division is endless and far more severe than most of us realised. And most importantly, in our relentless quest for modernisation many of us have become separated from mother Earth.


It became obvious to me that this human division is in direct conflict with the laws of nature and the resonance of unity consciousness that seems to be the foundation for all of creation.


Our division is also the main reason why so many of us live in perpetual fear. Fear of death; fear of our neighbours; fear of the unknown; fear of cancer or disease; fear of authority; fear of losing our jobs...  We seem to fear everything in our lives that should be joyful.

So, I studied the works of the great prophets and teachers of the past and realised that they all tried to teach us the same morals. To stand united; to love each other and honour each other and live in harmony with all of creation. In fact, these are the same values that we try to teach our children while growing up.

But suddenly, at some mysterious moment in our lives, things change. We stop paying attention to those higher consciousness values, and we fall into the routine of life and become entangled in the struggle for survival.

This is indeed the great trap that has been set for us. But, by whom?... we need to ask! The answer is simple... By those who control the creation and the supply of money to every single one of us. The global banking elite that have taken the world hostage and made each and every one of us their slaves.

We are caught up in a silent and relentless war against the common man. A silent war of economic slavery that has been so cleverly woven around us that most of us are not even aware of.

All our natural resources are being mined and traded by multinational corporations that have more rights that human beings. We have simply become the slaves for these corporations . Our country and our planet is being raped and destroyed in the name of money, greed and political control.

Most of us do not have the foggiest clue how it all works, how money is created and how a small number of banking families keep us all enslaved and how they completely rule all our lives.

These bankers are the masterminds behind the global economic system that rules the world without ever being questioned or challenged. A system that is designed to control and destroy everything that opposes it, to ensure its own survival.

But now that we know this, we can do the right thing and inform everyone about this injustice.
And so, millions of people are waking up to this silent war against humanity and are standing united for change all over the world. People of courage, vision and enlightenment who know there is a better way ahead for humanity.

The great masters of the past all had a simple message for us – to lead simple lives and enjoy life to the fullest while we are in our physical bodies. After all, we are all immortal souls, from the divine creator of all, having a physical experience on this Earth.

It is up to us to be happy or miserable. Personally, I choose love and happiness above all. I believe that this the common thread that binds us all. Everybody want to be loved and wants to be happy. But many of us do not know how to attain this state of bliss.

The great masters also taught us that material possessions and riches will not bring us happiness. And history has shown us that during great times of change, empires of the past have crumbled because of the greed of its leaders.
The time for great change is upon us once again. It is up to us, the majority of the people of the world to embrace these changes not through violence and opposition but through love and unity for all of humanity.

So let us actively begin to spread the message of Unity Consciousness, to all of humanity, that will allow us to heal our division and change the misery into abundance, within a global community filled with love for each other and not fear OF each other.

Africa is recognised as the cradle of humankind and it is in this birthplace of humanity that we find the basic solutions for our bright future. A bright light of hope and possibility for each and every one of us.

In 2005, I called it Contributionism – a social structure where communities live in unity providing for each other, looking after each other – where everyone contributes their God given talents towards the greater benefit of all the people in their community.

A global community where money is completely out of place and unnecessary, because of the principles of Unity Consciousness that triumph.

Most of our ancient cultures had a saying that “if it’s not good for everyone, it’s no good at all.” In Africa, they called it UBUNTU. But this philosophy was shared by hundreds if not thousands of ancient cultures all over the world.

It is on these fundamental beliefs of absolute equality and working together for a common purpose of abundance for all, in united communities that thrive on all levels of society, that the UBUNTU Party was established.
I call it the UBUNTU Contribution System. A natural order of things in total harmony with nature, our planet, and all of creation. 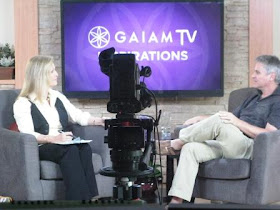 This does not mean going back to the dark ages or living in caves devoid of technology as some may think – in fact it means completely the opposite. Abundance in all spheres of life, beyond our wildest imagination.

We simply cannot continue on the path we are on any longer. If we are to survive as a species, we have to discard all that is in conflict with our own survival.

I would like to welcome you all and share with you the joy of UBUNTU. A new social structure, for a new world of Unity Consciousness.

I urge you to read, listen and view all the material available to inform yourself as much as you can and join the UBUNTU movement.

God bless you and may the light of the creator shine on all of humanity in our efforts to unite.